Showing posts from December, 2016
Show all

From Sicily, an Italian syrah plenty of fruit and personality 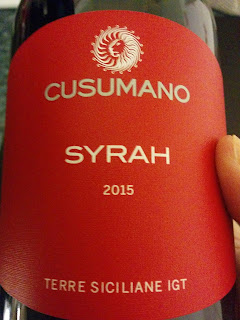 Cusumano Syrah 2015 Terre Siciliane IGT Italy SAQ Price: $ 14,45 Coming from the Mediterranean lands of Sicily, I would like to introduce you to  this pleasant Syrah of great personality. With many of the characteristics that remind me of the new world wine style, this Italian wine offers an overflowing bouquet of ripe fruits such as cherry and plum, with notes of cinnamon and pepper. On the palate, it has a moderately light body, but is very intense in flavor. It is a purely fruity wine, without any wood at all, which makes it a young wine with much to offer. Ideal to match with all kinds of pasta or roasted beef with well-seasoned sauces. Something else has caught my attention in this bottle: a special mention to its top or cover, which is neither cork nor synthetic cap. It has a delicate and novel glass stopper that perfectly preserves the freshness and joviality of this fruity Italian wine, elegant and easy to drink. For its price-quality ratio, it is an interesting Italian
Post a Comment
Read more

Villa Conchi: a very seductive cava, new in the market 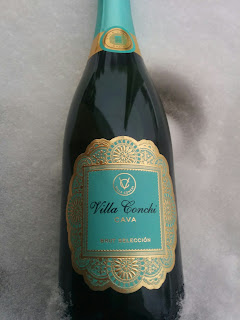 Cava Villa Conchi Brut Selection The Grand Wines DO CAVA - Spain SAQ Price: $ 16.75 A delicious sparkling wine that adds color to these white Canadian landscapes! A new cava available in the market to enjoy in Christmas season, the Villa Conchi Brut Selección is an excellent value for money. Created in honor of Conchi, a woman in love with bubbly wines, this cava is a tribute to all the women of the world. With an attractive label design, it is a bottle that does not go unnoticed. This delicious cava from the mountains of Monserrat, in the heart of Catalonia, is a carefully selected blend of native grapes such as Xarel.lo, Parellada and Macabeo, to which is added a 10% of Chardonnay to give to the wine some notes of fruit and elegance. Fine bubbles, delicate flavor, generous aromas, the sparkling wines are the kings in the celebration. And I am happy to know that we can enjoy all its charms with cavas like this one that I am introducing you today, of great quality and th
Post a Comment
Read more

With its infinite palate of flavours, whisky has captured the hearts of spirit lovers worldwide. We all know it can be enjoyed as an aperitif or a digestif, but did you know it is also great during a meal? Source: Fortune Lounge Club Contrary to popular belief, the Irish—not the Scottish—were first to make this grain-based spirit which would later become the whisky we all know today. The Scottish soon followed step with their Celtic neighbours, dominating the market in the early 20 th century. Other countries then jumped on the whisky bandwagon. Today this spirit is enjoyed all over the world. Whether from Scotland, Ireland, the United States, India, Japan, or elsewhere, whisky must always be made of water and grains, with an alcohol content of at least 40%, and be aged for at least three years. However, in practice, production and ageing techniques vary greatly, thus yielding an endless palate of flavour that definitely holds its own against wine! TASTING WHISKY
Post a Comment
Read more

Pater Sangiovese: a delicate and affordable wine from Frescobaldi 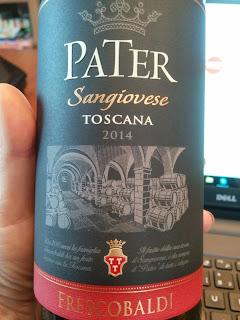 Pater Sangiovese IGT Toscana 2014 Frescobaldi SAQ Price: $ 15.45 I often like enjoying these wines from centuries-old wineries, considered classic, unique and prestigious.  My humble pocket does not allow me to procure the best and most expensive ones, but generously these wineries produce some affordable wines so that all of us can have access to, in order to enjoy a little bit of the magic and the emblematic know-how.  Coming from the beautiful and captivating region of Tuscany, this Sangiovese of Frescobaldi is a real delight. It is a seductive and delicate wine to love all palates.  On the nose is a harmony of red fruits such as raspberry, strawberry and cherries, added to notes of mint and tobacco that give a very special refreshing touch.  On the palate, this wine is well balanced, elegant and smooth. The fruit seduces us again and leaves us a very delicate and enveloping finish. To accompany pasta with soft tomato sauces, or to enjoy it just as an aperitif, si
Post a Comment
Read more 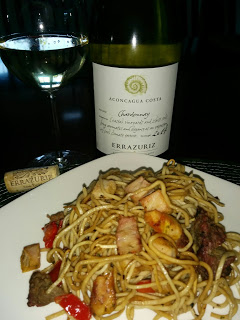 Aconcagua Costa Chardonnay 2014 Viña Errazuriz Aconcagua Valley - Chile SAQ Price: $ 22.95 We are used to taste chilean wines of great character and intensity. Well, this chardonnay of the Aconcagua valley is a magnificent exponent of the "terroir" and this specific grape variety. In the nose, the wine has an aromatic explosion of flowers, white fruits and toasted bread. In the mouth, it is unctuous, enveloping and overflows flavors of honey, nuts and butter. Its huge body make of this wine the ideal company for exotic and spicy dishes, such as Asian, or Indian food. It has the structure and the freshness necessary to sustain with sharpness the most intense flavors in our palate. If we want to discover the peculiarities of the chardonnay grape in the southern hemisphere, this wine from Errazuriz is an excellent option available in Quebec. The Aconcagua Costa Chardonnay is an elegant, friendly and easy to adopt wine. I even dare to define it as "a cla
Post a Comment
Read more

Il Falcone Riserva 2010  Castel del Monte DOC Azienda Vinicola Rivera Apulia – Italy SAQ Price: 24,35$ Sometimes it is quite interesting to visit the specialty gondolas in the SAQ stores to discover some elixirs that at the end are very accessible to our pockets. In the price range of between 20 and 30 dollars we can find truly sublime wines! It is the case of this wine from Apulia, a wine region that I follow closely for two reasons: besides being the cradle of my family origins, wines from this area are of an intense and very seductive character. They are well introduced in the international markets, they have a personality difficult to describe, but also impossible to forget. Made in 70% with Nero de Troia (native grape of great character) and 30% of Montelpuciano, Il Falcone is a wine that gives us strong notes of leather, fruit like ripe plum, and some smoky and underbrush hints. On the palate, its still marked tannins assure us that it is a wine with poten
Post a Comment
Read more
More posts